Due to COVID-19, some offers may no longer be valid or temporarily suspended. Please verify the validity (even if it says "ON TODAY" below) before heading down
To add more value to RM3 Bonanza Promotion, they'll be serving Pink, Red and Purple plate only throughout the Bonanza Promotion. Sushi King P2W3D Past Event

Sushi King Bonanza Promotion is back! An unlimited supply of Unagi Sushi will be guaranteed

For those who do not have their member card yet, fret not, you can drop by at any of their restaurants to apply. While stocks last

Prices are subject to 6% government tax and 10% service charge. Promotion is strictly for 2014 Sushi King Card Members and is valid for dine-in only.

Card holders can bring a maximum of 5 people only. Sushi King will not sit incomplete parties. Seat reservations are not permitted.

Maximum 45 minutes per dining session due to limited seating. Promotion is applicable to sushi (rice-based) on all coloured plates and Tsumami on the conveyor belt only.

Promotion is not valid with any other Sushi King Card discounts, other discounts or any menu-ordered sushi. All food leftovers will be charged according to the normal price.

All vouchers will not be accepted during the Bonanza Promotion, except Sushi King RM10 cash voucher. Please present your Sushi King Card upon payment. 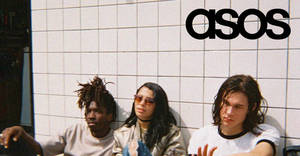 Get 20% OFF at ASOS valid for a limited time only with the below coupon code.