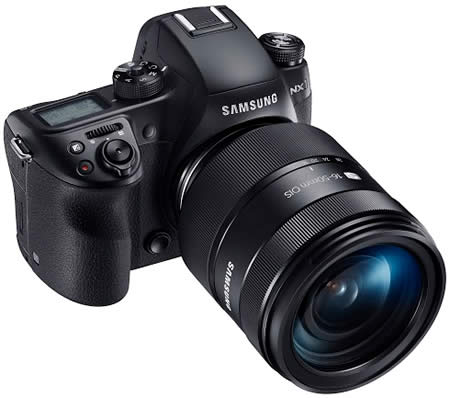 The NX1 sets a new benchmark for photographers everywhere and providing a genuine alternative to DSLRs as the professional camera of choice around the world.

At the launch event today, Samsung introduced photographers Yaman Ibrahim and Jon Low as well as film producer David Khoo to share their personal experiences with the NX1.

“Ushering in a new era of photography, the Samsung NX1 invites serious photographers to find new ways of capturing quality images that will captivate and inspire. We are pleased to introduce a few expert photographers from different industries that have personally tested the NX1 to vouch for its attributes,” said Lee Jui Siang, Vice President, Mobile, IT and Digital Imaging, Samsung Malaysia Electronics.

NX1’s brand new DRIMe V Image Processor guarantees the superior imaging speed and quality that photographers need, while its super-fast Auto Focus (AF) System III ensures that even fleeting moments are captured in rich detail without the need to re-compose a shot. This is Yaman Ibrahim’s favourite feature of the NX1. As a full time and award winning photographer based in Kuala Lumpur, he is deeply passionate and experienced in many forms of photography from action, landscape, architecture, nature, documentary to portraits.

It is difficult to capture action like extreme sports because it consists of constant movement. Yaman also loves the fact that the NX1 take a phenomenal 15FPS while continuously tracking his subject, and the shutter speed of 1/8000th of a second lets him capture some of the fastest moving subjects with clarity and precision.

Perfect Even In The Dark

As a professional photographer for many years, Jon Low travels a lot for his work and uses his camera outdoors. As such, his favourite feature of the NX1 is its ability to create natural looking images even in the low light condition.

Built completely from the ground up – from the imaging engine to the sensor to the auto focus system – the NX1 is packed with state-of-the-art technology to create an industry leading product. Interestingly, the NX1’s High ISO and phase detection AF can provide fast and accurate focus even in the moonlight.

In addition, the Adaptive Noise Reduction technology helps him capture highly sensitive images with less noise, perfect for street photography even in the most erratic lighting situation. The NX1 also includes a newly developed 28MP APS-C Sensor that incorporates the Back Side Illumination (BSI) to allow in lighter that helps to capture outstanding images even in low light settings.

The enhanced OLED EVF is bound to interest a lot of professional photographers as it gives a clean wide and true-to-life view that is nearly indistinguishable from the natural feel of an optical viewfinder. Both practical and comfortable to use, the NX1 has been Jon’s choice of camera for all his outdoor shoots.

David Khoo is a man of many talents. His latest achievement with his company, DK Films Production was the recently released Malaysia-Hong Kong film “Hungry Ghost Ritual” which starred artistes such as Eric Chen, Cathryn Lee and Karena Teo. The movie hit more than 160 million views in Hong Kong and can be viewed in 16 countries.

With the arrival of the NX1, he has been using the NX1 to shoot stills and videos as it supports both 4K and Ultra HD (UHD) video with HEVC Codec without the need for an external 4k recorder, the first interchangeable lens camera able to do so.

The NX1’s Wide Phase Detection technology also improves video shooting as the NX1 supports the use of Phase AF during movie recording, so that the results are stable and steady. The NX1 is capable of shooting a video with continuous AF using its phase detection AF to track the subject and acquire focus much more quickly which translates into much sharper videos. Furthermore, editing software that can convert HEVC-encoded video files to formats like ProRes, Cinema DNG and AVID DNxHD are included to meet most post production requirements.

Learn how to visualise concepts through the lens of Malaysia’s most renowned photographers and film producer in the industry. Samsung invites the new NX1 users to join the upcoming Meet The Pros Workshops, which will be conducted by David Khoo, Jon Low, and Yaman Ibrahim, for an interactive learning experience. They will provide in-depth guidance on photography and filming techniques to unleash their potential with Samsung NX1.

Details of the upcoming photography workshops:

*All functionality, features, specifications and other product information provided in this document including, but not limited to, the benefits, design, pricing, components, performance, availability, and capabilities of the product are subject to change without notice or obligation.

Get 30% OFF at ASOS valid for a limited time only with the below coupon code.