Due to COVID-19, some offers may no longer be valid or temporarily suspended. Please verify the validity (even if it says "ON TODAY" below) before heading down
Etude House will be having a Buy 1 FREE 1 promotion nationwide on Fridays to Sundays from 14 January to 26 January 2014 Etude House P1W2D Past Event 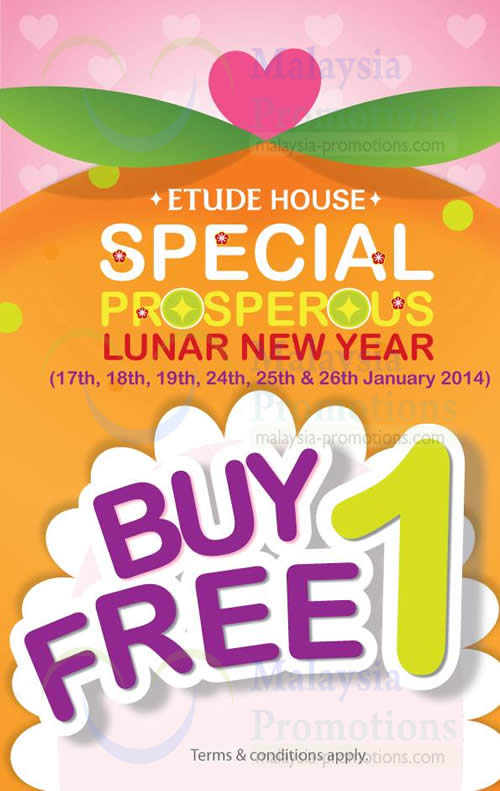