Due to COVID-19, some offers may no longer be valid or temporarily suspended. Please verify the validity (even if it says "ON TODAY" below) before heading down
Deals from as low as RM99 are up for grabs! The long-awaited MATTA Fair is back this March with great deals by Malaysia Airlines from 16 until 20 March 2017. Enjoy discounts of up to 45% on both Business and Economy class. Sunway Putra P4D Past Event

Deals from as low as RM99 are up for grabs!

The long-awaited MATTA Fair is back this March with great deals by Malaysia Airlines from 16 until 20 March 2017. Enjoy discounts of up to 45% on both Business and Economy class.

This year, Malaysia Airlines will have a booth at the Main Concourse Area of the Sunway Putra Mall from 17 March, with exciting cultural performances, free tickets as well as auction tickets up for grabs to Beijing, Perth, Sydney, Bangkok, Jakarta, Hong Kong, Ho Chi Minh City, Tokyo, Colombo and London. Also, stand a chance to win some amazing prizes which includes a Mitsubishi Outlander worth RM170,000! All you have to do is purchase tickets from Malaysia Airlines (online or at the booth) between 16 until 20 March 2017 to qualify for the contest.

Amazing deals await with fares from as low as RM299 return between Kuala Lumpur and Bangkok, RM632 to Manila, RM899 to Darwin and RM999 to Perth on Economy Class. Customers can also fly from Kota Kinabalu to Taipei on Economy Class from RM739, RM889 to Shanghai as well as RM1099 to Narita.

Business Class travel is available from as low as RM999 return between Kuala Lumpur and Saigon, RM1099 to Bali, RM1399 to Yangon and RM2399 to Mumbai. The MATTA Fair travel period is from 26 March until 20 August 2017.

Malaysia Airlines’ Chief Commercial Officer Arved von zur Muehlen said, “For our customers’ convenience, our MATTA deals will be made available a day early (before the MATTA Fair) on our website at www.malaysiaairlines.com. These amazing fares include 40kg check-in baggage on Business Class and 30kg check-in baggage on Economy Class plus complimentary meals and in-flight entertainment,” he added.

“Customers will also be in for a surprise as we have a special guest appearance. Lucky customers will be able to meet LFC legend, John Arne Riise at our booth and join him in some fun activities we’ve planned. Also, stand a chance to win great prizes when you visit our booth from the 17th until 20th March,” said Arved

Make your way to the Malaysia Airlines’s booth at the Sunway Putra Mall this Friday! 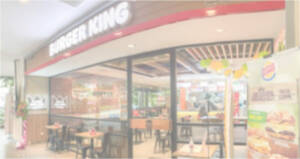 Burger King M’sia: Here are the latest coupons you can flash to save! Valid till 20 July 2021 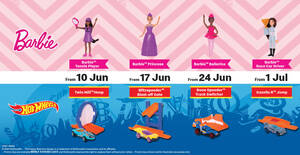